Blackbeard’s Tea Party believe a live show should be a spectacle for the eyes as well as the ears. Outlandish outfits, costume changes, DIY props, unhinged stage antics and chaotic choreography all add up to an engaging, high-octane show that inevitably leaves audiences cheering for more.

Two drummers, electric guitars, fiddle, melodeon and 4-part harmonies combine to create music that is drenched in tradition, but filtered through a kaleidoscope of modern rock and pop. Established as the go-to band for folkin’ fun shenanigans, Blackbeard’s Tea Party have played memorable sets at; Glastonbury, Cambridge Folk Festival, Fairport’s Cropredy Convention, The Rainforest World Music Festival in Borneo and many many more.

The band celebrated a decade of ‘rocking the folk boat’ in 2019 and commemorated this with their ‘Ten YAAR Anniversary Tour’ during the Autumn & Winter. They also re-released an updated version of their most popular track ‘Chicken on a Raft’ to commemorate this milestone.

Their previous release, the 5-track EP ‘Leviathan!’, explores the romanticized glories and the full gruesome horrors of the 19th century whaling industry. This record brought with it a bigger, bolder sound and a revamped live show, employing a heftier rhythm section with their new double-Drum Kit set up.

During ‘Lockdown’ the band began writing material remotely via Asana for their fourth album and as things began to return to normality they were very excited to get into the studio with their new lineup to record these tracks. The result is ‘Kick The Curb’, their first album in 5 years which will be released in September 2022 and they can’t wait to get out on the road to play them live !! 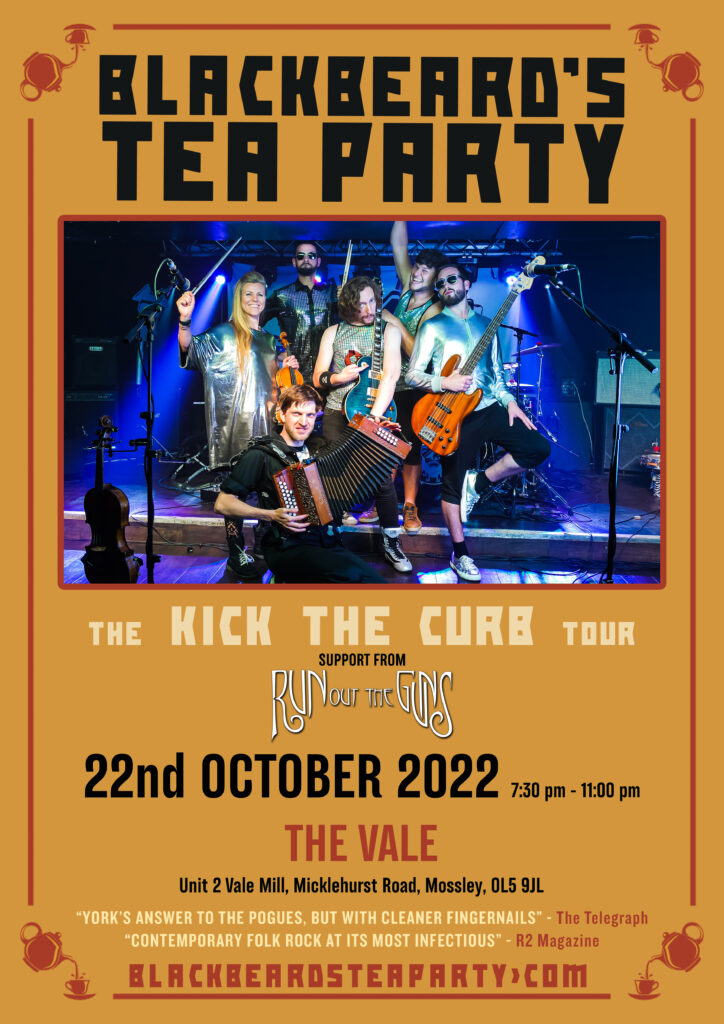